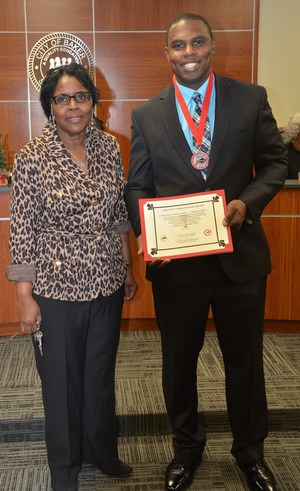 SU "Hall of Famers" From Baker
Former Baker High School basebal players, Darren Clark and Jason Anderson were acknowledged with honor by Baker's Board of Education at its December meeting. They were recently inducted into the Southern University Athletic Hall of Fame for their successes and accomplishments in baseball. Pictured are Darren Clark along with his mother. (click on photo to enlarge)