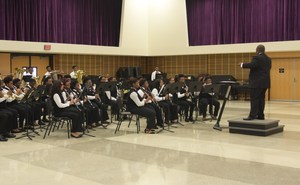 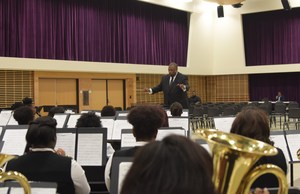 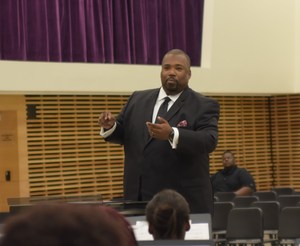 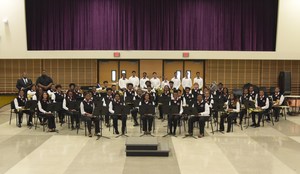 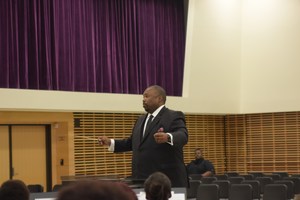 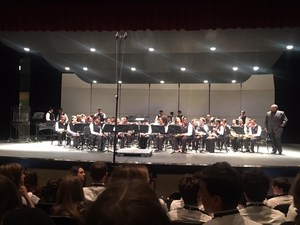 The Band's LMEA District IV Performance Featured Premier
The Baker High School Symphonic Band earned a Superior Rating in the LMEA District IV Performance Assessment-Festival at Zachary High School on March 14, 2017.  The ensemble earned the festival's highest marks for their stage performance and a well-respected Excellent Rating in sight-reading. Earning these ratings qualifies the Symphonic Band for a coveted position in the State-Region Festival. The band recently hosted two of their composers as clinicians as they prepared for major performances this semester.   (Click on photos to enlarge them)

Upcoming performances for the band program include: